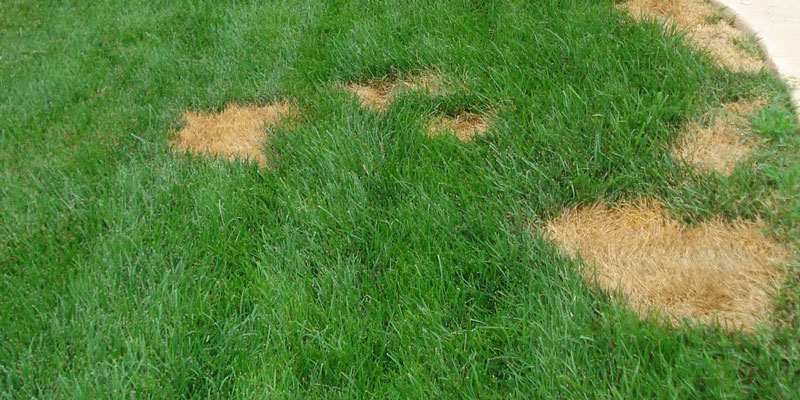 The claim most often made for organic fertilizers is that they “do not burn”. Fertilizer burn means injury (dehydration) of the roots or crown of the plant (plant burn), and a browning of part or all of the foliage, sometimes resulting in the death of the entire plant.

The tissues are not “burned” as in a bonfire; the burn is a drying-out caused by the withdrawal of water from tissues by the ‘hygroscopic’ action of “thirsty” chemical materials.

Since some manufacturers make a big issue of this “non-burning” quality, many home gardeners have come to regard it as an important factor in selecting a fertilizer product for use. After all, who wants lawn or plant burn.

When anyone makes the claim, “This fertilizer won’t burn,” my immediate reply is, “Then it won’t feed, either.”

The identical property which makes food elements available as plant nutrients – high solubility – will also make them likely to “burn” or injure plant tissues. The burn may be immediate or it may be delayed, but if the soluble ingredient which causes this condition is present in excess amounts, burn is almost inevitable.

On lawns, for example, a burn from an overdose of a chemical fertilizer such as ammonium sulfate becomes visible almost at once, while a too-heavy application of sewerage sludge may not show any ill effects for a month or two after application to the turf.

Unfortunately, the burn from organic sources comes so much later after application that it is seldom traced to its cause. Nevertheless, because it happens in summer – a time when grass is peculiarly susceptible to severe injury – a delayed organic nitrogen burn of this kind usually causes more permanent injury than does a burn inflicted early in the season by a chemical fertilizer.

To understand how all this happens let us look at two lawn areas, one fertilized heavily with a highly soluble chemical like ammonium nitrate and the other with sewerage sludge (a typical organic fertilizer).

In the first instance, the owner applies 10 pounds of ammonium nitrate in spring soon after grass begins to grow. He fails to water it in, and so the chemical fertilizer begins to suck moisture out of the grass plants to satisfy its “thirst.”

In a matter of a few days, the entire lawn is dappled brown and green – severe nitrogen burn.

After the owner realizes his mistake, he waters heavily to wash out the excess salts; the grass gradually recovers and turns dark green. By June it is healthy and ready for another feeding. This time the owner waters it in and no burn results.

The same week in early spring the second lawn, perhaps next door to the first and on the same type of soil, is fed with sewerage sludge because the owner is convinced this organic fertilizer will not burn.

He applies 50 pounds per 1,000 square feet of lawn. April and May remain cool, however, and because soil bacteria are inactive the organic material is not broken down and this first application produces no results.

Unfortunately for him, the theory doesn’t hold water. About the first week in June, hot weather comes on suddenly. Soil bacteria that have been all but dormant begin to multiply at an unbelievable rate.

In a matter of two weeks, nitrogen is being released from the sludge-rich soil to the plants so rapidly that grass blades wilt and collapse. If a nitrogen test chemical is applied to the grass at this time, tiny beads of red will show up on every blade.

This indicates that free nitrogen is being released – actually exuded from the blades – by a process known as guttation.

This lawn is suffering from a far more serious nitrogen burn than lawn number one received in Spring. About as close as the second lawn owner will come to knowing the real cause, however, will be his comment, “I guess my grass just couldn’t stand summer heat.”

Golf course greenskeepers are familiar with this problem. Because they must always maintain grass in top condition, they often have to push turf feeding close to capacity and risk bringing on guttation.

The moment they see traces of grass blade wilting or “flagging” they will apply test chemicals to see if nitrogen is coming out of the foliage. If it is, a crew of men is quickly assigned to wash (leach) the excess plant food out of the soil with liberal applications of water.

A paramount fact every gardener should fix in mind is that any excess of nitrogen beyond the needs of the plant will cause plant burn. This burn may become visible very soon after the fertilizer is applied or, in the case of manures, the effect may be delayed many weeks.

Even certain organic products can cause rapid burn if used in excess. Dried blood, one of the most valuable sources of nutrients, is so readily soluble that it may work like a chemical fertilizer salt. The same is true, to a somewhat lesser degree, of fish emulsions and urine.